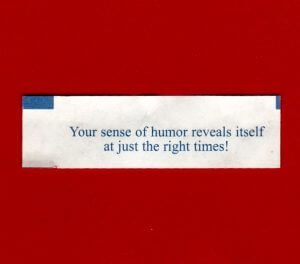 Christmas is around the corner, and everywhere I go I see Santa Claus. He’s at the mall, on the street corner, even on television. Sometimes he’s by himself and other times Mrs. Claus or elves are with him.  I noticed that Santa always seems happy. If you don’t believe me, just watch him for a bit. It won’t be long before that jolly old fat man grabs his belly and gives a great big, “Ho, ho, ho.”s

I don’t know what Santa finds so funny. Maybe he has a quirky sense of humor, or perhaps he’s still tickled by something Mrs. Claus said. No matter the reason, laughter is something we all do, and it’s a good thing too.

“Laughter is an instant vacation.”Milton Berle

Laughter is the unconscious expression of merriment, pleasure, derision, or nervousness with an audible, vocal expulsion of air from our lungs. It can range from loud bursts of sound to a string of quiet chuckles, and characteristic facial and bodily movements usually accompany the sound.

Everyone laughs. Even children born deaf and blind can laugh. This universal language is a physiological response that develops as early as 3.5 to 4 months of age, and our genes influence our sense of humor.

Why Do We Laugh?

Laughter is a social bonding mechanism that evolved from the panting behavior of our ancient primate ancestors. Like crying, it is a way for the infant to communicate with the mother. As we grow up, laughter continues to aid us in socially bonding with others. 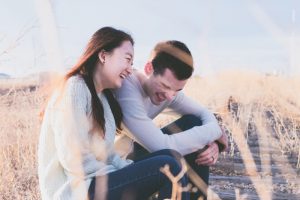 “Most laughter is about playful relationships between people.” It doesn’t require a humorous situation, but it is a message that we send to others. We know this because we rarely laugh alone—unless you’re a maniacal evil scientist.

According to Dr. Robert R. Provine, a behavioral neurobiologist at the University of Maryland in Baltimore, “people laughed about 30 times more when they were around others than when they were alone.” An interesting effect of this laughing is that it is contagious. Laughing, just like smiling, is a positive feedback loop. The laughter of one person can provoke the laughter of another. Even “forced laughter” can make people crack up.

Scientists are still researching the specific mechanisms in the brain that are responsible for laughter. We do know that laughter bubbles up from within us, triggered by various thoughts and sensations, and is involved with various regions of the brain.  So, why do laugh at somethings and not others?

What Tickles Our Funny Bone?

Gelotologists, or researchers studying the physiology of laughter—yes, that’s a thing—have come up with a few theories to explain our silly giggle fits.

This theory suggests that the element of surprise triggers laughter. We laugh at things that surprise us because they seem out of place or are or contradictory to a situation. This type of laughter can be spurred on by various conditions, such as someone slipping on a banana peel, the punch line of a joke, or a game of peek-a-boo. Our minds follow a continuing series of events until something causes them to take a turn in an unexpected direction. The more monotonous the original situation, the more we are apt to laugh when the unexpected action occurs.

Imagine watching a hamster run effortlessly on its spinning wheel. Round and round the wheel goes when, suddenly, the hamster stops running. The wheel keeps turning, but the furry critter is sent spinning backward, head over heels. We laugh because it is not what we expected to see. Well, that, and because hamsters have those chubby cheeks, beady eyes, and stubby little legs. 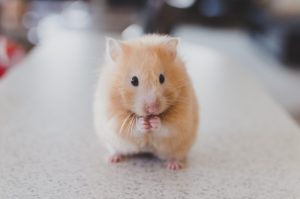 Laughing can give our brains a break from intense situations in our lives. A little bit of laughter can release our cognitive energy. We use this kind of laugh when dealing with stressful moments. We might have to give an important presentation, we’ve just slipped on a banana peel and are unharmed but shaken, or we have to deal with the loss of a friend.

In the latter case, laughter can be extremely beneficial to us and others. Of course, appropriate timing is essential. Laughing during a eulogy is not recommended unless the speaker tells a joke, but sometimes you just can prevent the “Giggle Loop.”

This theory explains the scenario where someone has slipped on that banana peel and everyone that saw it happen laughs. Unfortunately, the one lying prone on the floor isn’t laughing.

People will sometimes laugh at someone else or their misfortune to feel superior. Others may even join in on the laugh. An “us versus them” scenario arises between the laughers and the unfortunate person. Laughing at others as opposed to with them is not necessarily the nicest thing to do, but it is still a form of social bonding through laughing. 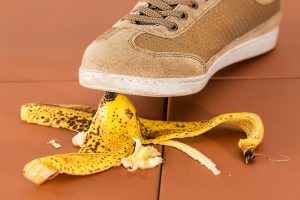 Luckily, we don’t slip on a lot of banana peels and hurt ourselves. In fact, laughter is just the opposite; it can be good for you. Yes, gut-busting laughter can improve your health.

Laughing lowers blood pressure and oxygenates our blood flow. It reduces the release of cortisol and other stress hormones. It improves our immune response by increasing T-cell levels. It also increases B-cells that produce antibodies. Scientists have even estimated that laughing 100 times can burn as many calories as riding a bike for 15 min.

Laughter is the social glue that bonds relationships and brightens your day. Life is better when your laughing. Whether you chuckle, giggle, cachinnate, or snort, a few “ha ha ha’s” can make your life less blah-blah-blah.