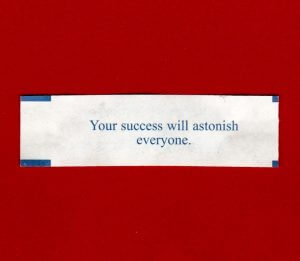 When I was in high school, I considered trying out for the cheerleading team. I learned the cheers, performed the moves well, and was tiny and loved to climb—perfect for the top of any pyramid. I thought, as a freshman, this would be a great group to join. After listening to the other girls talk amongst themselves, I realized that I did not have much in common with them. In fact, some sounded overly competitive and somewhat unfriendly. I decided not to continue with the rest of try-outs and looked for another club that fit my personality. It was in Drama Club that I found S-U-C-C-E-S-S.

I am not a famous actor and never performed on Broadway, but the people I met and the experiences I had while performing with my teenage guild on our little stage changed my life dramatically. It was there, under the lights, dressed in costume, that I was able to show off the real me.

As a little girl, I was a bit of an introvert. I enjoyed playing by myself and felt most comfortable sitting in tall trees, digging in the sandbox, or discovering what lived under rocks. Although my mom would say I was very chatty, it was difficult for me when I met new people. I would also get stressed easily and want to retreat from the world.

Cue Drama Club. A place where I could pretend to be someone else. A place where I was accepted if I was shy, wild, weird, or average. There was a place for everybody. If you could sing, you tried out for the musical. If you could paint, or new which end of a hammer to hold, you worked with stage crew. If you felt out of place, others joined you and made you feel like part of the family. In fact, it was hard not to fit in with the club.

Drama Club accepted me, and that helped me accept myself. That is a gigantic accomplishment for any teen. Once I was comfortable being myself, I was able to go on and accomplish other things, like graduation, going off to college, getting a job, raising a family, and more.

Dr. Travis Bradberry, the author of Emotional Intelligence 2.0, wrote an interesting article on success. In “9 Signs You’re Successful—Even If It Doesn’t Feel Like It,” he explains that success is not all about big cars, big houses, and big bank accounts. Success is about “who you are and how far you’ve come.”

He lists nine indicators of success and gives a short description of each. I noticed that I was introduced to many of these in drama, although it wasn’t apparent at the time. As I grew older, they started to reveal themselves. So here is my take dramatical take on those nine indicators.

1. “You’re no longer the center of the universe.” The cast and crew involved in putting on a play contain many people. The spotlight might be on you but don’t forget about the ones standing in the wings.

3. “You know that failure isn’t forever.” Just because you didn’t get a part, it doesn’t mean you don’t have a part to play. There will always be another chance. You are successful when you embrace each failure and learn from it.

4. “You keep things in perspective.” A successful person understands that even though bad things happen, it could always be worse. Hey, at least you’re not typecast.

5. “You ask for help when you need it.” Line! Even professionals do this. The help that you receive can lead to even more success.

6. “You realize that life isn’t a zero-sum game.” You won’t always be the star of the show, but you don’t hold it against those that get a callback and make the cast. Successful people are happy to see the success of others.

7. “You can tell the difference between drama and excitement.” You have gained success when you don’t worry about evading the paparazzi. You are no longer the drama queen.

8. “You no longer care what other people think.” Screw the critics. You perform for you. 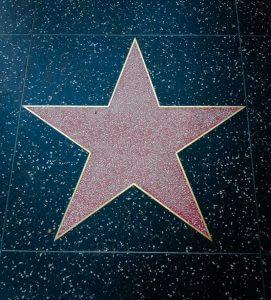 We may not experience all of these indicators right away, but many will be apparent by the time we reach adulthood. We should feel proud to take that curtain call and applaud ourselves when we recognize what is most important in our lives. If we are really successful, our show will have a long run, and we will be a shining star.