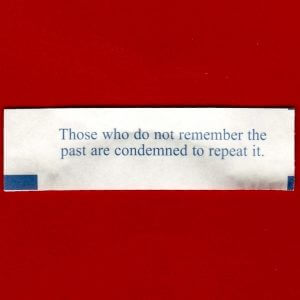 When I was a child, I loved getting Super Balls from the drugstore gumball machines—I just realized how old that statement makes me sound. Anyway, thanks to chemist Norman Stingley, the synthetic rubber he invented gives these bouncy toys great appeal.

Let’s look at the science behind these toys. When we drop an object, like a ball, it can’t bounce back to the same height. As the ball falls toward the ground, it gains kinetic energy. When the ball hits the ground, it releases a small amount of the kinetic energy and fights against gravity going back up. Thus the velocity going up is less than going down.

The ratio between these two velocities is the coefficient of restitution. Stingley’s rubber gave the Super Ball a very high coefficient of restitution. This property allows the ball to bounce nearly back to its original position. Add a little outside force, like an exuberant child throwing it to the ground, and the Super Ball could bounce over a three-story building.

These balls were fun to play with if you could ever recover your ball after an impressive bounce. I lost many of them as a kid, but that didn’t prevent me from buying another one the next time I passed that metal dispenser packed full of brightly colored rubber spheres. Instead of saving my money and learning from my mistakes, I bought another Super Ball.

As I marveled at the tiny speckles of glitter suspended inside the crystal clear rubber, I tingled with excitement at the urge to bounce it as hard as possible. But wait; the last time I did that, I lost the ball. Surely, I wouldn’t do that again.

Philosopher and writer George Santayana wrote, “Those who cannot remember the past are condemned to repeat it” (The Life of Reason: Reason in Common Sense. Scribner’s, 1905: 284). This well-known phrase has been used by politicians, teachers, and religious leaders alike.

Santayana’s philosophy warns us that we should understand what happened in the past and learn from it in order not to repeat the same mistakes. But the repeats of history are not identical. No two wars, elections, or car accidents are the same. Neither are the incidents leading up to them. They vary ever slightly, just like the rebound of the bouncing ball. Mark Twain said, “History doesn’t repeat itself, but it does rhyme.”

When it came to the ball, I had a couple of options:

Einstein said, “The definition of insanity is doing the same thing over and over again, but expecting different results.” But what if we change one little thing? That one variable could make the difference between failure and success.

When it comes to mistakes, we can learn from them if we remember what happened in the past and make a few small changes. What can we do differently to prevent ourselves from making the same mistakes? We could communicate better with other nations to prevent conflict. We could choose honest and moral people to represent our parties. We could pull over the car before we text so we don’t cause a collision.

In my case, I found the perfect sheltered spot to play with my dazzling new ball. I let the ball fall gently from my hand and caught it as it returned. I tried this a couple of times, inspecting the ball to remove any debris.

Unfortunately, this method wasn’t much fun. I wanted to test the limits of the Super Ball. So I bounced it again, each time putting a little more force behind the throw. I let it reach higher heights and caught it on the way back down.

We perform these same limit tests in life. We repeat history to search for better methods or faster results. If we didn’t, life would be predictable and mundane. Of course, testing the limits means we run the risk of failure, but we gain a little experience along the way.

We probably won’t ever see world peace or prevent people from being distracted drivers, but we can improve a little here and there. We can share our experiences with others in the hopes that they will not make similar mistakes.

As for my sparkly Super Ball, I lost it. I did enjoy the few good bounces it gave me, and I eventually learned not to waste my money on such toys. I’ve moved on to bigger and better things…roller coasters, more physics with more fun.