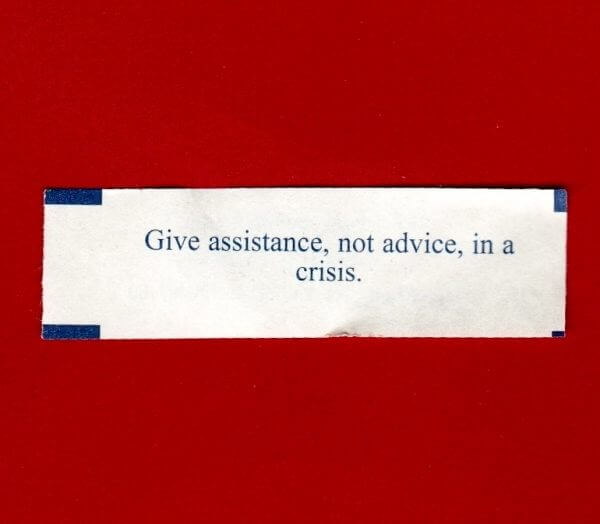 Today’s fortune is brought to us by Aesop. There are many fables credited to this ancient Greek storyteller. Originally passed down orally, the stories were translated and put into writing. This particular quote comes from the “The Boy Bathing.”

A Boy was bathing in a river and got out of his depth, and was in great danger of being drowned. A man who was passing along a road heard his cries for help, and went to the riverside and began to scold him for being so careless as to get into deep water, but made no attempt to help him. “Oh, sir,” cried the Boy, “please help me first and scold me afterwards.”

Give assistance, not advice, in a crisis.

Aesop gave us some good advice on advice. We see similar scenarios played out on television shows where chaos ensues, and one character tries to point out the obvious flaw without helping. It may provide good comedy timing, but comedy isn’t what we need in a real crisis. 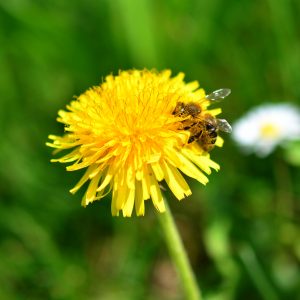 This fortune makes me think of the many times my kids played in the backyard barefoot. I always warned them to wear shoes so they would not step on a bee with an unprotected foot. Of course, they didn’t always heed my warning. Eventually, one child would hobble in crying while the other child would claim innocence and describe what happened.

I refrained from saying, “I told you so,” as much as I wanted to say it. It was not the time to remind my kids of my astute advice. Instead, I sat the child down, removed the stinger, and allowed them to calm down. Then, I began my lecture.

A person won’t give you their full attention if they are in distress. When it comes to getting your point across, timing is everything. Yes, we make mistakes. We usually learn from them especially when they lead us into a crisis.

When we find ourselves in a situation that causes us fear or pain, We rarely need a reminder of our poor decision. Our brains are great at retaining information when we stimulate our senses. Pain and fear do just that. In these cases, the advice is rarely necessary nor wanted. When it is, it’s best to wait until the crisis is averted.