All cultures have their own idioms. These are expressions or phrases that have a different meaning than the words that make them up. You may have heard the idiom, “raining cats and dogs.” As a child, I relished in adding, “and I just stepped in a poodle.” The best way to understand the idiom is to learn the culture that it came from. Today’s fortune is an old Chines idiom or Chengyu. 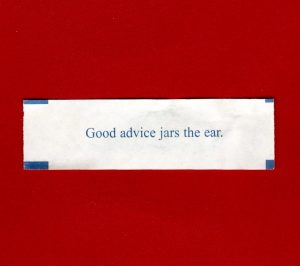 This idiom is just part of a sentence from the Records of the Grand Historian, written by the Chinese historian, Sima Qian.

In 207 B.C., Liu Bang led a rebellion to overthrow the Qing Dynasty. When they finally took the palace, Liu Bang was captivated by all the treasures it held. He decided that he should live there surrounded by the opulence.

One of Liu Bang’s generals, Fan Kuai, warned him not to stay, but the conqueror did not listen. Zhang Liang, an adviser to Liu Bang, found out what his leader was about to do. The adviser told Liu Bang that the emperor was unjust and that is why the people rebelled against him, but now Liu was falling into the same trap. He told Liu Bang that he should listen to the advice of his general Fan Kuai.

The whole sentence in the Records of the Grand Historian reads, “Good advice jars the ear yet benefits one’s action; poisonous (effective) medicine tastes bitter yet is good for curing one’s illness. I hope you will listen to what Fan Kuai had said.” 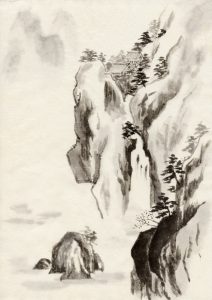 Liu Bang finally took the advice. He left the palace to return to his base camp. He later established the Han Dynasty. By being a frugal leader he lowered taxes and brought prosperity to the Han Dynasty.

Taking the advice you don’t want to hear can be difficult. You have to admit that you are wrong or need to change. When you receive advice from friends or teachers, you may try to take it with a grain of salt—an English idiom which means to view something with skepticism, or to not take it literally. The only benefit of doing that is to soften the blow of truth.

Instead, listen to those around you that you trust and heed their words. You will benefit from a different perspective to your problem. Many times, those giving advice can teach you from their own success or failure.

If you go seeking advice from others, remember to ask politely and be straight forward with your question. Then, there won’t be confusion and the advice will be more applicable. Of course, it doesn’t hurt to choose the right questions, as some will only have unfavorable answers, ex. “Do these pants make my butt look big?” There’s no safe answer to that one.

And that’s my advice to you. I hope it didn’t fall on deaf ears.