Have you ever believed, with all your heart, in something and found you were the only one? Have you ever hoped against all odds? That, my friend, is a conviction. 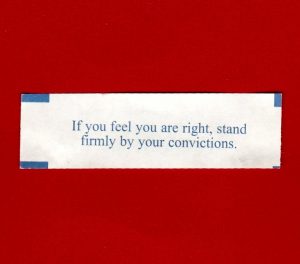 There are many times in my life that I had to stand firmly on my convictions. I’m a Buffalo Bills fan and have rooted for the team since I was a little girl. I believed that, one day, they would make it to the Super Bowl. They made it to four…and lost every single one, but I still root for them. I still have hope for my home team, but my conviction has been tested lately. Seriously, it doesn’t look good for them, if they don’t turn things around.

OK, that’s the most you will probably ever witness me speaking about sports, especially professional leagues, but it gives you an idea of what conviction is like. You can have religious conviction, science convictions, and even food convictions. Yes, some people like eating French fries dipped in milkshakes—ew! Whatever your own convictions are, you should try to keep an open mind and, above all, remain non-violent. 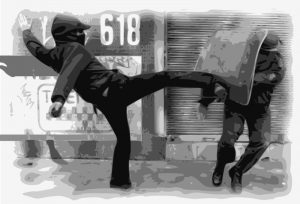 In the current social atmosphere of “I’m right, you’re wrong,” I am surprised by how violent certain groups can get. The United States is a country of free speech and free thinking, but lately, many are being told to “sit down and shut up.”

Mahatma Gandhi said, “A ‘no’ uttered from the deepest conviction is better than a ‘yes’ uttered merely to please, or worse, to avoid trouble.” Through his non-violent protests, marches, and fasts, Gandhi brought about change and was named Time magazine’s “Man of the Year” for 1930 after he led the Salt March. He was steadfast in his beliefs even though they didn’t always succeed and many times weakened him. 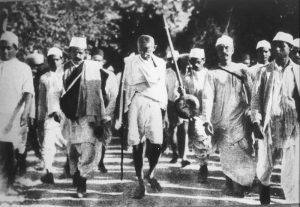 Not everyone will have to fight a struggle like Gandhi, but we should practice standing up for ourselves, and others, peacefully. We can’t all go around having tantrums like spoiled two-year-olds.

Psychologist Rollo May said, “The hallmark of courage in our age of conformity is the capacity to stand on one’s own convictions – not obstinately or defiantly.” Conviction is what helps us stand up to bullies, the ones on the playground, in society, and in government. As long as your beliefs don’t harm or infringe on another, you should remain confident.

I don’t want to ruffle any feathers, but I have certain convictions, especially about religion and science. I believe that Jesus Christ is my savior and that life begins at conception. I believe that the science isn’t settled on certain environmental issues and that just because we have the technology to do something, doesn’t mean we should.

I’m going to leave you with one last quote. It doesn’t come from a famous freedom fighter or Ph.D., but it perfectly summed up my thoughts on convictions.

“It’s not always easy to do the right thing. But, doing the right thing makes you strong, it builds character, it forces you to make decisions based upon your beliefs and not what other people think. In life, and in business, you have to stand for what you believe in and sometimes you have to stand alone. But, what makes you a leader is having the courage of your convictions.” These words are by Dana Elaine Owens, but you may know her as singer, songwriter, and actress, Queen Latifah. 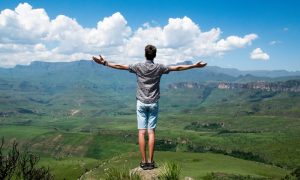 Convictions are part of a person’s foundation. They can be as vast as a mountain base or narrow as a blade of grass, but you have to stand for something or you will fall for anything.