The luminous light of the full moon at night can bring feelings of romance, mystery, or even fear, especially if you are walking through a cemetery alone. Man has seen the moon as the antithesis of the sun, but that did not make it any less useful. Just as we used the position of the sun in finding direction and charting the seasons, so have we used the moon. It is frequently used in literature as a setting, to create a mood in a story, as a plot device, or even as a character.

There are many children’s stories that incorporate the moon, for example:

If you Decide to Go to the Moon by Faith McNulty

One Giant Leap by Robert Burleigh

The Moon Book by Gail Gibbons 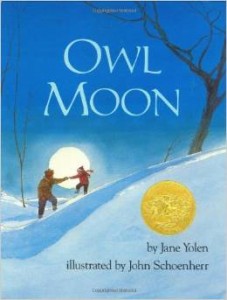 There are also many YA books, like Once in a Full Moon by Ellen Schreiber, Harvest Moon by Megan McCooey, and Life As We Knew It by Susan Beth Pfeffer, to name a few.

On September 27, 2015, we will be having a beautiful full harvest moon to enjoy. The harvest moon appears each year in autumn. There is an interesting video about it from The Farmer’s Almanac below, but this moon will be extra special, a super moon and eclipsed.

When a full moon or a new moon makes its closest approach to the Earth on its elliptical orbit, it results in the larger than normal apparent size as seen from Earth. The last super moon occurred on August 29, 2015. Now, line that same moon up in Earth’s shadow and you get something fabulous, which has not occurred in 32 years, a large red disc hovering in the dark evening sky. 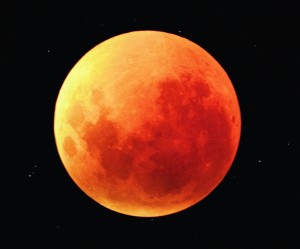 The Moon will enter Earth’s dark umbra at 9:07 p.m. EST, 8:07 p.m. CST, 7:07 p.m. MST and 6:07 p.m. PST (before moonrise, sorry). Visible to most of the Americas and Western Europe, it may elicit thoughts of legends or tales of magic and mystery, and it should. If you have the chance to view it, take a camera and get some photos or video or Earth’s only natural satellite, dressed in red, and allow its beauty to pull your imagination into dreams of traveling to unknown worlds.