When I was a young child, my mom sent my brother, sister and me to the community pool to learn to swim. I don’t know how she reasoned the necessity of swimming when she could not, but we donned our suits, grabbed a towel and headed down the street for our lessons.

It seemed as if my siblings took to the water easily. They followed the instructions of the teacher and learned to swim in no time. I was not so eager to swim. I was terrified of getting my face wet and sinking to the bottom of the pool, even if simply standing in the shallow end kept my head and shoulders out of the water.

Inevitably, I would begin to cry in fear, and my mom would allow me to exit the water in failure, dripping wet and eyes red, not from chlorine, but from tears. It was the same routine every year, until about fourth grade, when she simply did not suggest lessons anymore. It has been said, “Where doubt is, faith has no power,” and I doubted I would ever learn to swim. 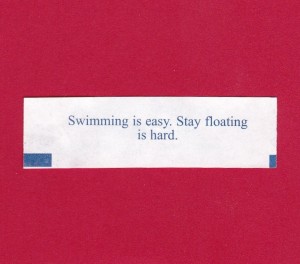 While other kids swam and dove off the diving board, I played in my back yard. I scrounged for interesting bugs, made friends with wildlife, and climbed tall trees. I never felt fear, when I was up in the branches of a swaying tree; I knew that they would support me. I learned never to use a branch for support unless it was healthy and as big around as my arm. I knew which insects were safe to hold by looking them up in my identification key, and learned how to approach wildlife by observing their behavior. The science behind the things I wanted to do removed my doubts and gave me faith to try them; with that faith, I was able to press on.

In sixth grade, I learned that I would have to take a swim class in physical education. All my fears of swimming returned with a sinking feeling in my gut. I thought I was the only eleven-year-old that did not know how to swim, and that the other children would make fun of me. It didn’t matter that the site of a large, hairy spider on my hand did not make me shriek in terror, or that on a windy day, I could balance twenty feet up on a limb and not freak out. No, I was afraid of submersing myself in a substance that made up three quarters of my body.

Attending that first swim class was one of the hardest things for me to do. All the kids from the local pool surrounded me. They were swimming, diving, and laughing, while I cowered on the deck at the shallow end of the pool. As luck would have it, one other girl joined me, and she admitted that she did not know how to swim either. Knowing that I was not alone, gave me a little more courage, but the sight of the water weighed heaving on my nerves.

When the instructors arrived, they split the students up into groups, by swimming experience. One came and worked with my new friend and me, and she explained the basics of breathing and floating, along with relaxing in the water. Easy for her to say, she already knew how to swim.

The more she spoke, the more I understood the science of swimming. The human body was less dense than water and naturally floated. Tense muscles make it difficult to float, so we should try to keep them loose. Air in your lungs, which I enjoy as opposed to water, keeps you buoyant, and floating on your back with your head facing up to the ceiling, prevents your legs from sinking. 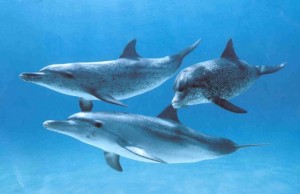 The science of swimming removed my doubts and gave me faith to push on. I admit that it took a couple of classes to feel accepting of the water, though not completely comfortable, but I had a good instructor, and a good friend to encourage me. After that hurdle, I was able to progress to swimming, and various strokes, along with diving and swimming under water. Now I love to swim, and I always imagine myself as a dolphin coursing through the ocean. To be honest, the only thing that keeps me from swimming these days is my dislike of how I look in a bathing suit.

It takes faith to learn to float, faith in the mechanics and yourself. You need to put your doubts behind you, and not let them weigh you down; once you cross that hurdle, the rest is easier. It is the same with many aspects of life, starting at a new school, asking someone out on a date, learning to drive a car, interviewing for a job, they all bring on some form of anxiety and doubt, because they are new adventures and you don’t know how they will turn out.

It takes faith to try anything new; your doubts in yourself are the only thing holding you back, but if you remember to relax and breathe, you will float through it.