I was recently caught up in a conversation about morals. Even if we are not religious, we can agree that certain acts are wrong: taking a life, stealing, or treating others poorly. Then there is lying—a deceitful act that is easy to commit and happens more often than it should. 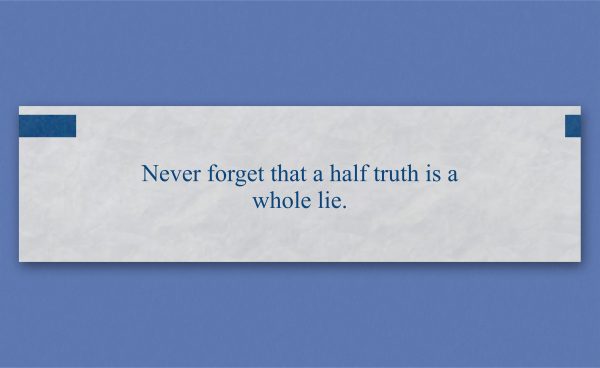 We would be wrong in thinking that humans are the only species that deceive. Various predatory animals hide in ambush, while many prey animals use camouflage to conceal themselves. In the Cuttlefish realm, small males pretend to be females by modifying their posture and patterning. When they approach a larger male protecting a female, the impostor can sneak in and mate with the female right under its rival’s nose, or in their case, tentacles.

Humans start lying as early as six months. We fake cry or laugh to get a particular response from others. That power of influence is very rewarding. As we age, we improve our techniques. Even though we learn that it is wrong, we continue to lie, hoping that the odds of getting away with it are better than getting caught.

According to Merriam Webster’s online dictionary, “lie” is defined as:

lie (intransitive verb)
1. to make an untrue statement with intent to deceive
2. to create a false or misleading impression.

They are three main types of lies that we commit, and it is important to understand them if we want to change our ways and be more truthful, and know when others are lying to us.

This type of lie occurs when we say something that is not a fact. Yeah, I know that sounds obvious. This can be a bald-faced lie, but we perform this deception frequently and let others get away with it. Little white lies also fall under this category.

Think of how often someone asks how you are doing, and you said, “fine.” Were you really doing well? Did you tell them the truth?

We can’t be fine all of the time, but no one wants to hear about our “retched” lives, so we give them a blanket statement out of cordial consideration. Unfortunately, we become comfortable with lying like this because the odds are in our favor. Others accept what we say as fact and go about their day. It’s all great. Right? Wrong. This behavior progresses into other areas of our lives. Soon bigger lies leave our lips, and we are willing to take the risks of the deception.

If we want to know if others are being honest with us, we need to stop accepting everything they say at face value. With lies of commission, we can look at the individual’s body language and inquire further. If we cannot ask more questions at that moment but suspect they are lying, we can wait a few days and ask them to repeat their answer. If what they say is different, we can be assured that there is more going on than they reveal.

We may hear these lies from criminals (I’m innocent), politicians (“vote for me, and I’ll do X for you,”—even though they won’t), and the lazy adolescent student (my dog ate my homework). We can use this information and investigate further, confront them, or know that they are dishonest and avoid them in the future. 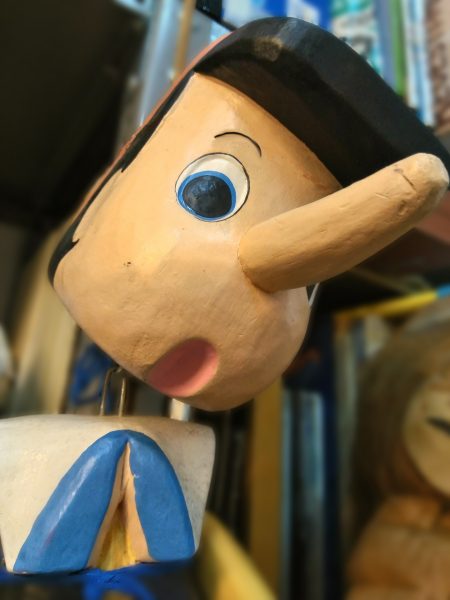 Much like our fortune, this lie is a half-truth or one that leaves out important information that would make the statement factual.

Omission lies are common practice in negotiations, such as buying a car or home or dealing with some politicians or business associates. There is a lot of give-and-take in these types of transactions, and lies of omission are a tool of the trade.

In scenarios like these, we need to hold fast to the axiom of caveat emptor or buyer beware. These types of lies are more difficult to detect. If we want to make sure we are getting all of the facts, we need to ask more questions and the right and thorough ones.

Imagine buying a used car that looks great, but there is no history on it. Was it ever in an accident? Who was the previous owner? A savvy salesperson could swindle us by leaving out important information. If we ask enough of the right questions, we can get to the truth and be assured of our choice to purchase the vehicle or not.

There are many examples of biased media not giving all the facts in the story to make it appear factual, but it’s a lie in actuality. They sometimes even take people out of context to twist the story to their liking. Unfortunately, people will believe what they see or hear and react before they have all the information. This can cause division and destruction in society.

Lying by omission isn’t always intended to be harmful. There are times we use it to spare the recipient pain or embarrassment. We have all heard the excuse when someone breakups with another, “It’s not you. It’s me.” The person saying this is being partially honest. It is them with the issue, but their issue is with you. Even though we try to soften the blow using this type of lie, it can still have a detrimental effect on a relationship. Well, unless you’re a mama Kildeer faking a broken wing to distract a predator from their nest, but I digress.

Character lies are not necessarily untrue, but they do attempt to create a false or misleading impression. This misdirection is used to fool others into believing the liar by making the accused look unlikely to be dishonest.

Let me give an example. You are rooming with two friends and find that one of them has been eating your food in the fridge. You confront them, and they say, “Wow, we’ve been friends for years! I let you borrow my favorite sweater and everything.”

Can you spot the misdirection? Did the roommate lie? She never admitted to not committing the act. Instead, she tried to convince you that it was foolish to consider her guilty.

Recognizing these lies is pretty easy if we really listen to what someone is telling us. Are they giving us an answer to our question, or are they just making a statement about themselves? In this example, we should boldly ask her to answer the question and tell the truth.

It is easy to fall prey to lies. Once trapped, we can cause harm and be harmed by the simplest of statements. Some of the worst lies we tell are the ones we tell ourselves. “I can’t do it.” “I’m not good enough.” “Nobody loves me.” Each one of these statements deceives us into believing we are less than we are. It’s bad enough that others judge us poorly. We should hold ourselves to a higher standard.

It isn’t just human nature to lie. As I mentioned before, animals do it as well to survive. There are times that we lie for good reasons, such as protecting ourselves or others from harm, but we should be wary of why we lie so we don’t go down the wrong path.

We need to remember that what we say and don’t say matters. We should make sure that every word is honest, forthright, and worth remembering. In my honest opinion, if we can do that, we can make the world a better place.