Success requires a few things, an idea/goal, direction, and drive. It doesn’t matter if one wants to be successful at a sport, job, or relationship; we need these three things to accomplish our goals. Consider these aspects as the formula for success. As we can see, success doesn’t come naturally; it takes a little work.

Speaking of work, we can easily compare success to the formula for work.

Here, “m” is mass, “a” is acceleration, and “d” is distance. This may all seem a little confusing as to how this relates to success, so let me break it down a bit.

The variable “W” is like our success or win. “M” is the idea or goal we have at which we want to succeed. “D” is our direction or plan for success. This plan can be long, short, or twist and turn in multiple directions. Lastly, “a” is our effort or drive. Without drive, we only have dreams. Thankfully, with a little bit of effort, our dreams can become a reality.

Today’s fortune reminded me of one extra piece we can include in our formula for special occasions. There are times when we set our goals really high. They aren’t too high that they become unattainable, but our doubts and fears can prevent us from reaching them. 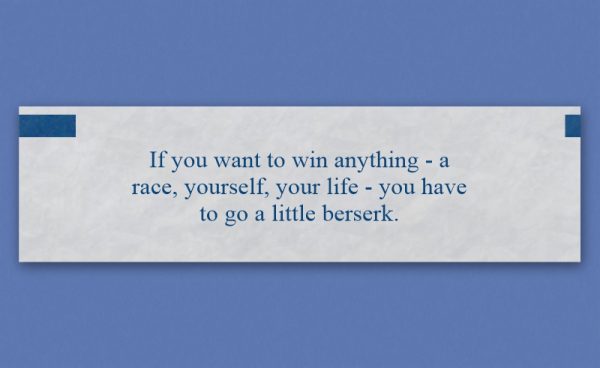 This quote is from George Sheehan, an American physician, author, and running enthusiast. When I first read his mention of going a little berserk to achieve success, I scratched my head. How can that help? What does going berserk have to do with succeeding or winning?

Moments later, I recalled all of the times I saw athletes riling themselves up before a game or match. The players roared and pumped their fists or chest-bumped each other. After that, they ran out onto the field in hopes of scoring or winning the game.

I also considered what leaders did before the great battles of old. Kings and generals would ride up and down the troops’ line and inspire them into battle with words of victory. It was likely that many soldiers would die, but the leader needed as many people who could fight as possible if they were going to beat their opponent. 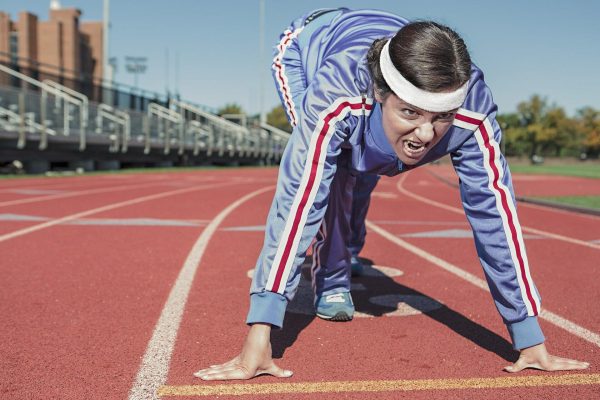 In these scenarios, people were psyching themselves up and getting the adrenaline pumping to win. Adrenaline is a powerful hormone used in our fight-or-flight responses. It increases blood flow, heart rate, and neural response.

In the fortune, Sheehan was likely taking about an adrenaline-like effect when he mentioned going berserk. We need an extra jolt of energy to increase our drive for success. That berserk attitude is our potential.

It still has some mass and direction with a little acceleration, but it has an extra boost. Potential energy is just work taken to the next level, and our potential can do the same for us.

Now, I don’t recommend getting an adrenaline shot when we want to take on a challenge. It’s just not good for the body. However, there are times when we feel like we can’t reach our goals. It doesn’t take much to make us doubt. Maybe we don’t believe in ourselves because we failed in the past. Perhaps someone said something that made us doubt ourselves. Sometimes the length and scope of a project seem too daunting. 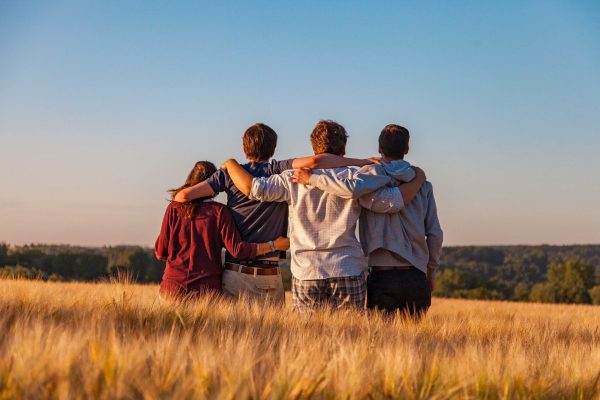 Psyching ourselves up can help increase our drive and give us the extra potential to succeed. Luckily, a little psyching can give us a lot of potential. We can cheer ourselves on, surround ourselves with positive thinking, supportive people, and we can celebrate the small successes along the way.

We now have a formula for success that is relatively easy to follow. When things get daunting, we can get psyched for success and search for that extra potential to make things work.