There are many stories of courageous people. We hear about the first responders that saved citizens during 911, the astronauts that fly in rockets and then float in the vacuum of outer space, and the civil rights activists that sat in seats not meant for them. But courage alone is not what makes them great. 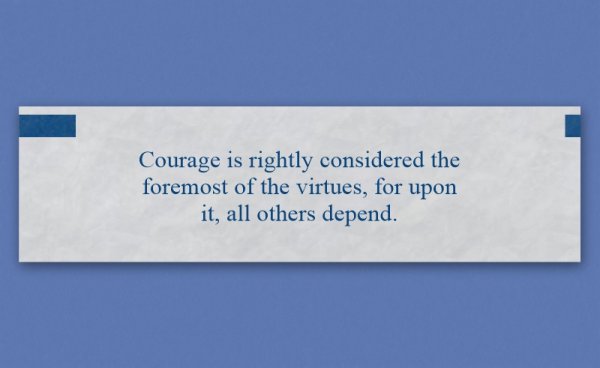 Anyone could practice the four cardinal virtues, and so, they represented the foundation of natural morality. Christians later combined these with the three theologian virtues of faith, hope, and love, which are gifts through the grace of God.

Think of the four virtues as a square foundation with each virtue at a corner. As much as Churchill puts courage on a pedestal, they are all of equal importance, and we need to apply all of them to be a moral person.

Prudence is the ability to distinguish right from wrong in any situation. This virtue is concerned with the intellect. Sometimes it isn’t so easy to make that choice, so we need the counsel of others. Sure we know better than to take something that is not our own, but we may need to ask a financial adviser, for example, as to where we should invest our money.

Justice is concerned with the will, and we connect it to the idea of rights. It is the premise that everyone is afforded equal treatment. An example of justice is when we borrow money from someone, we should pay back what we owe.

Under the Constitution of the United States, the people are afforded many rights, but for justice to prevail, the legal ones should never outweigh the natural ones.

Temperance if the virtue that keeps us from excess. It’s the restraint of our desires and passions that are more than we need to survive as an individual. Temperance is also crucial for us as a species.

It is easy for us to fall prey to our excesses. Whether we eat too many potato chips or use too much water, we need to not only be aware of what we are doing but also stymie our over-indulgences.

We can travel to new places, try different foods, or even take the time to introduce ourselves to someone we don’t know. Of course, this doesn’t mean we should run headlong into a situation just for the heck of it. We still need to use reason.

Churchill proposed that fortitude is the most important, but we need the other virtues before we move forward. Prudence and justice help us decide what we need to do; temperance helps us determine how far we should go, and fortitude gives us the strength to do it.

Let’s take the first responders I mentioned early. The moment the towers took a hit, police and firefighters had to consider all four virtues. Most of them did this automatically because of training. 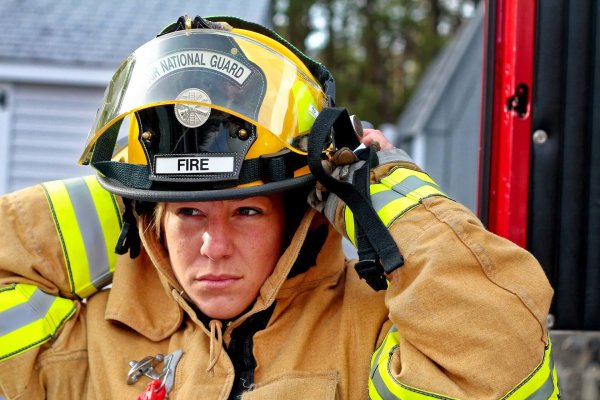 They had to show prudence before entering the building. They needed to be aware of the dangers around them. They had to be just and fair when helping others, especially those that couldn’t help themselves. They can’t just help their friends.

A firefighter may have been able to aid someone by themselves, but in certain situations, they could put themselves in greater harm if they did. They showed temperance in those situations that they required the help of another. The virtues of courage allowed them to run into the building and climb those stairs while others ran for their lives.

Now let’s look at another scenario of fortitude. Imagine someone is giving a speech. Many people are uncomfortable speaking in public, but if we apply the four virtues, they can be successful. 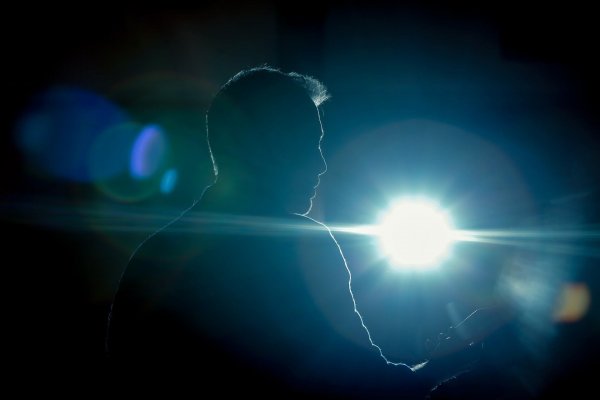 First, they need to make sure that what they are saying is appropriate. Taking some prudence in what we say can prevent many mishaps. Second, they should be careful about how they say it. If they are very passionate about the subject, they may become overwhelming to the listener. Tempering their tone can help.

It might seem that justice isn’t necessary for a speech, but it is essential to inform the audience about the subject and if they are allowed to ask questions at the end. If they are, the speaker should be polite and do the best they can at answering them.

When we take all of these facets into consideration, we can see how someone could be nervous about speaking if they don’t do it often. If they can show a little fortitude, they can prepare and give the speech without too much difficulty.

When we use all of our virtues in concert, we are more likely to succeed in our goals, and we will do it In a virtuous way. Of course, using these methods once in a while won’t make us saints. With practice, they can put us on the path of being truly virtuous.

Fortune Cookie Friday: A Peak at My Process Playing with Covers