When it comes to solving problems, all you need is a little imagination. The ability to form mental images of events or things and deal resourcefully with unusual problems is a handy knack to have. Many people have told me I have a very active imagination. I take it as a compliment, even though they may not intend for it to be one. 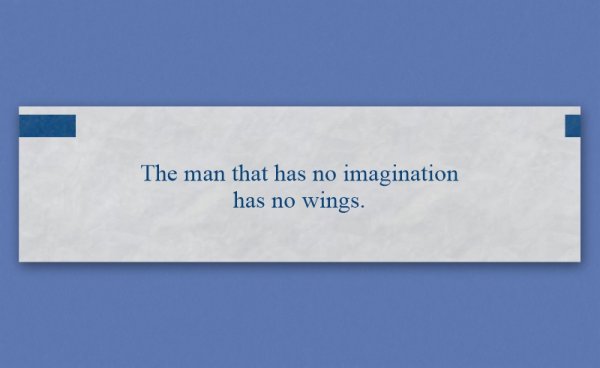 Today’s fortune is a quote by professional boxer, activist, and philanthropist, Muhammad Ali. It’s no wonder that the man who could “float like a butterfly and sting like a bee” would say something like this. I’m sure he used his imagination to get himself out of the corner a couple of times.

Another man that used his imagination to prevent bodily harm was Elisha Otis. Employed as a master mechanic in a New York bedstead factory, Mr. Otis invented several labor-saving machines. One, in particular, made it possible for humankind to reach new heights, the elevator—well, one that was safe. 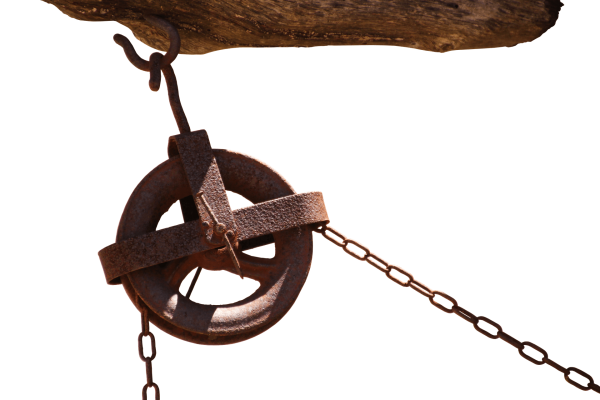 People have used vertical lift devices for centuries, but all had one fundamental flaw, no brakes. That’s where Mr. Otis came in. After working on converting an old mill to a factory and cheating death by lift too many times, he decided to find a solution to his dangerous work conditions.

Elisha put his mind to work and using his imagination, thought outside the box, because that’s where the breaks would need to go. In 1852, he invented the safety brake system that revolutionized the vertical transport industry. Not only could heavy loads of equipment move safely between floors, but people could as well.

When life’s pressures weigh on our hearts or minds, our imaginations can help us get off the ground, and in Otis’ case, keep us from crashing back down. This same imaginary process can inspire us to create works of art, write masterpieces, and give us hope and endurance in life. 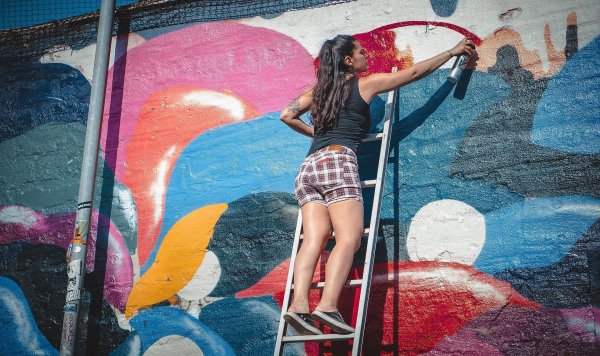 Many people struggle through life because they lack motivation. Motivation is the desire to act in the service of a goal. The problem arises when we cannot envision the goal. It’s like the movie Wanted (2008), where Fox (Angelina Jolie) stands in front of Wesley (James McAvoy) and tells him to curve the bullet around her and shoot the target. It is difficult to aim our sights on something we can’t see. Although it’s physically impossible to bend the path of a speeding bullet, we can bend our minds. With a little imagination, we can conceive various targets and outcomes and hit them if we are so motivated.

Now, we don’t have to be super imaginative to get us through difficult situations, but it helps us to be open-minded. It may take some unique solutions to solve our problems. When I struggle with my writing, for example, I will brainstorm ideas. I write everything down—and I mean everything. It doesn’t matter how outlandish a thought is; I note it. While the brain is sifting through ideas, a good one usually comes through. 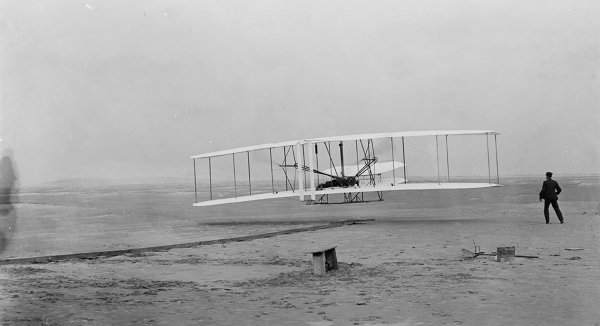 Of course, not every good idea is the right solution. The Wright brothers researched the concept of powered flight from multiple angles. They looked at aerodynamics, powered engines, kites, and even peddle power. Eventually, they found what worked with a little experimentation.

When all else fails, we can consider what resources we have at hand. Sometimes having the help of someone else with a good imagination is just the thing we need. People like this are great for coming up with advice or interesting solutions that we may overlook. The stress in our lives my stifle our imagination and creativity as if trapped behind a massive wall. An imaginative friend can give us that little lift over.

Once we become more adept at utilizing our imaginations, we can visualize more opportunities and solutions. It’s like drinking a big can of Red Bull for the brain—it gives us wings. If we’re smart, we’ll use those wings to take us to places beyond our imaginations.