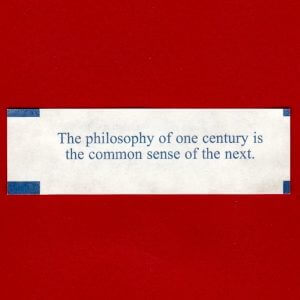 Today’s fortune is a quote by American clergyman and social reformer Henry Ward Beecher. His mid-19th-century quote made me consider our inspirations in life. What people or ideas intrigue us to create or evolve?

Look around at all of the wonderful inventions we have in our world. Humankind has come a long way since creating the wheel. Much of our lives revolve around the ideas that pop into the minds of creative individuals from long ago. I wonder how those individuals would feel about their creations now.

I love watching science fiction shows. When I was young, I sat in front of the television and watched Captain James T. Kirk beam down to unknown worlds and seek out new life. I was mesmerized by the possible technological advances that a futuristic world could have.

The imagination of Star Trek’s creator and executive producer Gene Roddenberry played out on the screen before me. With the help of writers and his artist and sculptor Wah Chang, I watched the Enterprise crew use devices such as flip-open communicators, universal translators, and tablet computers.

Roddenberry passed away in 1991, but I wonder what he would think of some of the technology that his writing inspired. Would he feel honored that people took his ideas more seriously than his dad? In a 1981 interview, “Gene Roddenberry Up Close and Personal,” the writer mentioned that his father apologized to others for Gene’s wild imagination after the show first aired.

Did Roddenberry imagine his futuristic world would come true when he created the show? Would he be wowed by our mobile phones and 3-D printers? Did he anticipate all of the inventions we would have or the problems they cause? While on an unexplored planet, Kirk never answered a call on his communicator from a telemarketer. Although his imaginary devices are useful tools, the communicators of Roddenberry’s series are addictive little devices today. People have a hard time communicating without them.

Star Trek’s creators weren’t the only ones to inspire current technology. Jules Verne published his book Twenty Thousand Leagues Under the Sea in 1870. His electric-powered submarine, the Nautilus, inspired submarines pioneers of late the 1900 and early 2000 centuries. American inventor, Simon Lake created his own submarine called the Argonaut and was later congratulated by the writer for his success. Would Verne feel the same about subs today? Scientists have reached unimaginable depths and discovered fantastical creatures with the use of submersibles. But those same vessels are used for destruction in war.

Science-fiction author Isaac Asimov wrote an essay in The New York Times after attending the 1964 World’s Fair. He imagined visiting the World’s Fair 50 years in the future (2014) and predicted self-driving cars. 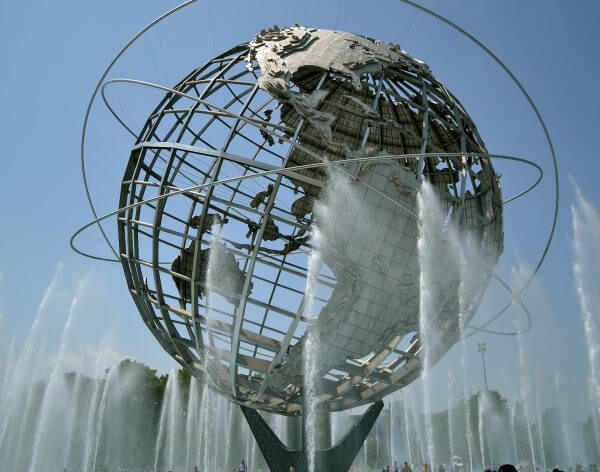 Asimov wrote, “Much effort will be put into the designing of vehicles with ‘robot-brains’—vehicles that can be set for particular destinations and that will then proceed there without interference by the slow reflexes of a human driver.”

Would Asimov calmly sit in the back seat of a self-driving car if he were alive today? Would he even be able to tolerate the traffic jams that we have? It may be nice to relax while you travel, but I would like to control the machine to take me to my destination rather than the other way around.

Yes, our inventions are incredible. We should be thankful for the inspirations we have. We should also be wary of where those inspirations take us. I always tell my children, “Just because you can, doesn’t mean you should.” Even if we invent things with good intentions, other people don’t always have the same plans. We are flawed and easily swayed by sin.

Does this mean that we shouldn’t daydream about flying cars, exploring new worlds, or creating a purple crayon that functions just like Harold’s? Of course not. Those dreams can inspire others to take the next step towards making imagination a reality. 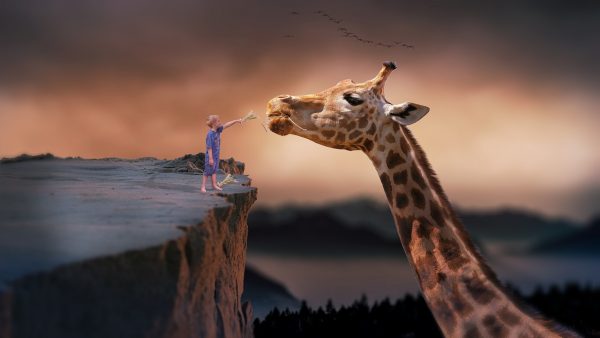 We need to dream big and broad enough to recognize every aspect of those possibilities. If we consider the good and the adverse outcomes of every idea before we put them into practice, we can prevent our ideas from causing harm or warn others before it’s too late.

I’m not sure how Beecher would feel about having his quote on a fortune cookie, but it inspired me to write this post. For a man that fought against slavery, and emphasized God’s love above all else, I believe that he would agree that our imaginations can become a fantastic reality if we dream big, but dream responsibly.