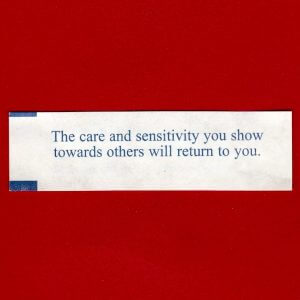 When it comes to treating people with respect, I learned that people would reciprocate the treatment that you give them. It is a simple, “Do unto others as you would have them do unto you.”

I experienced an interesting example of this premise recently. I spent one particularly long day sitting with family at the hospital. I did my best at being a polite, cheery person because lots of people seeking treatment in the hospital are not. I found that a little chipper humor can make a sick person smile and forget if even for a moment, that life isn’t all that sucky.

Unfortunately, I missed eating lunch. Now, low blood sugar can cause a variety of symptoms, but the worst, in my opinion, is becoming hangry. This is a relatively new term I picked up from television commercials.

According to Merriam-Webster, “hangry is a clever portmanteau of hungry and angry, and an adjective that describes being irritable due to hunger.” I’ve seen this condition in myself and others, and I don’t recommend it to anyone.

So, I was running some errands after my hospital visit and completely forgot that I didn’t eat lunch because my mind was preoccupied with the litany of things I needed to accomplish.

Traffic was hectic, and I critiqued the skills of other drivers from inside my empty car. It’s probably a good thing that the car was empty since I used a few choice words that would make a sailor blush.

By the time I arrived at my first destination, I was a little stressed and frazzled. The last thing I wanted to do was let out my cranky feelings on some unsuspecting innocent person. So, I took a deep breath and resumed my cheery disposition.

My polite attitude came in very handy. Everyone that I came in contact with was incredibly nice back to me, and I really needed that pick-me-up. If I had been mean or hangry, I would very likely make a person’s day just as bad as mine.

It can be difficult to be nice when our day has been disastrous. It is very easy to let out our frustration on others. Unfortunately, we don’t have a clue what kind of day that other person could be having. Theirs could be much worse than ours.

When in doubt, smile and be polite. It is most likely the very same treatment we would expect to receive.