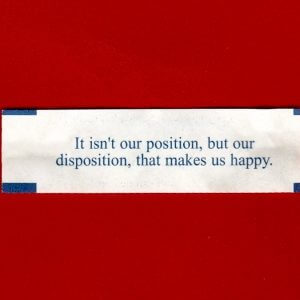 If you live in Buffalo, New York, you learn to adjust to the weather. We say, “If you don’t like the weather, wait a while. It will change.” Some winters can be mild with barely a flake of snow, while others can dump multiple feet in a couple of days. This variability is why Buffalonians drive around with a snow brush in their car nine months out of the year (I keep mine year round. I found the brush is great for wiping off powdery yellow tree pollen from the windshield).

Back in 2001, we experienced an eventful white Christmas. We received seven feet of snow from December 25-30. A similar situation occurred in November 2014. That much snow can bring some hardships, even for a city with the training and snow removal equipment that we have. Locals accept the snow with all of its furry because it has made us who we are.

Here is a time-lapse view of Lake Erie during the lake-effect snowstorm of November 18, 2014, courtesy of Alfonzo Cutaia

During the 2014 storm, there were several deaths due to heart attacks from overexertion trying to remove the snow. Many roads became impassable, including the New York State Thruway. Even some roofs collapsed from the weight of the snow.

Other complications from the snow included power outages, flooding from the melting snow, and the relocation of the Bills-Jets football game to a neutral site. Buffalo’s Ralph Wilson Stadium is open air and the snow-blocked streets and seats.

Many people from the south might think that this kind of weather sucks. Why would anyone want to live here? We could sit and complain about our circumstances, but then we would be snowed in and grumpy. Instead, we look for the silver lining to that lake effect. Even when we have heavy snowfalls, we make the best of it.

With every snow or ice storm, Buffalonians have a “we can do it” attitude. When times are tough, we work together. We help our neighbors shovel their driveways and roofs. Our community becomes a family when the snowflakes begin to fall. 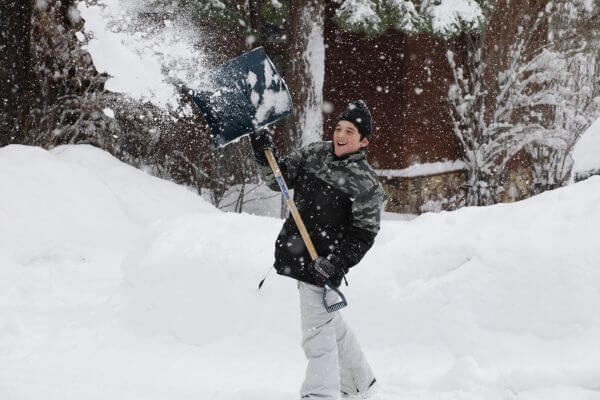 The snow brings fun sports such as skiing and sledding. The multiple ski resorts south of the city always benefit from snow events. Seven feet of snow compacts down to four feet fast, but it still makes the smallest of hills a joy with a favorite sled or flattened cardboard box.

In 2001, we had to shovel and snow blow the entries to the house regularly. After the third day of accumulation, I realized that with a little effort, I could make a decent maze for my young kids in the backyard. I enjoyed watching them from the second story window of the house. They ran through the maze, twisting and turning around snowy corners. It was like watching an arcade game, with their colorful knit hats the only way to tell them apart.

When the weather gets too cold or severe, we snuggle up inside. Gazing out the window at the beautiful snowy drifts can bring on a romantic feeling. Not surprisingly, in August 2015, nine months following the November storm, there was a spike in the number of babies born in Buffalo, New York.

There are many riches in silver linings. All we need to do is push aside those gloomy clouds and look at our position from a different view. It is up to us as to whether we are happy or sad. Even through adversity, a little light can shine.