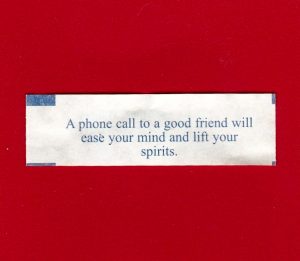 There is a human desire to communicate with each other. AT&T has a slogan: Reach out and touch someone. It was AT&T’s way of getting consumers to use their services to call friends and family far away.

The idea of communicating faster than snail mail and telegraph is great, but the speedy technology of today is leading us down a slippery slope. Has technology caused us to lose the art of conversation?

In this day of texting and Twitter, we’ve given up certain social graces to get the message out fast and in the least amount of characters as possible. When was the last time we used a proper salutation? Do we even know what a salutation is? In case you were wondering, “Sup” isn’t really an appropriate salutation.

The salutation, like found at the top of a letter, is an expression of greeting or goodwill. Used to get the attention of a specific reader, it is an act of honor or courteous recognition. We don’t’ always need a formal “Dear Sir,” but polite designation makes people feel important. Even the generic, “To Whom It May Concern,” gives the reader particular importance.

The salutation is also important when speaking on the phone. Most phones have Caller ID. We can tell if the person calling is family/friend or a telemarketer. Even if we live alone, it helps to answer the phone with more than a hello when family or friends call. It assures the caller they have reached the right number and know to whom they are speaking.

We don’t have to sound like Patricia Routledge’s character from the BBC’s Keeping Up Appearances. The snobby social climber, Hyacinth Bucket would answer the telephone, “Bouquet residence, the lady of the house speaking.” We can be casual and respectful at the same time.

When my son was younger he would answer the phone with a hello. He learned that it was helpful to state his name when he answered a call from a friend or family. It was also less embarrassing since everyone thought he sounded like his mother. Now he sounds like his father but he should still answer the phone properly because they also share the same first name. It can get a little confusing.

Beyond the salutation, there is a certain etiquette in having a conversation. First, a conversation is an exchange of ideas between two or more people. This doesn’t mean one person should monopolize the conversation. If one person is talking for a long time, it may feel more like a lecture.

Secondly, we should learn what’s involved in having a conversation with another person. There are four basic parts to a conversation, telling, asking, thinking, and listening.

Asking: This is looking for more information on a certain subject. It could be getting the details on an event or finding out how someone is feeling. Asking questions opens the conversation up for more topics as well. This is a great way to move a conversation in a different direction if we feel uncomfortable with where it is going.

Thinking: This is a point of focus in the conversation. We take time to plan what we are going to say. We need to think before we speak or else we’ll say something we may regret. We also need to be observant of body language and facial expressions. We can say a lot without ever opening our mouths.

During this thinking phase, we can make the conversation more amicable by mimicking the other person’s posture. We can show we are open to what they are saying by making eye contact and not crossing our arms. The reverse action can indicate that we are dissatisfied with something that was said, but don’t want to interrupt the other person.

If our conversation is over a phone, body language won’t help, but we can speak volumes with our tone, word choice, and response time. If you’ve ever been on a phone call with someone and they constantly say, “Uh-huh,” it’s possible they are not interested in what you are saying.

Listening: This is the most important part of any conversation. Remember a conversation is an exchange. We expect others to listen when we speak, so we should give them the same courtesy. This is also the most difficult part for many people.

We can get distracted by numerous things while listening to a conversation, especially in a busy environment or if the subject doesn’t interest us. We can also lose focus of what someone is saying because we are busy thinking about what we want to say next.

Lastly, we should end all conversations on the best possible terms. We can thank the person for speaking with us, even if it wasn’t a pleasant conversation. Manners dictate that we should at least thank them for their time. Usually, a conversation will be polite banter and a general, “It’s been nice talking with you,” will do.

Much of a true conversation is cast aside when we choose to communicate via text, email, or social media. Although we have an emoji for just about every activity, sentiment, food, and animal—except otters— they don’t do the best job at expressing our true feelings.

Technology today is actually causing us to be less social. We are distracted from many traditional social activities like family meals, parties, and other entertainment. Nothing beats sitting and having an honest conversation with a family member, friend, or associate. It reminds us that we are human beings and not some faceless entity behind some text.

Honestly, if you are seeing more of this… 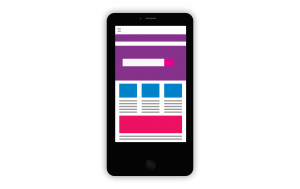 …and less of this… 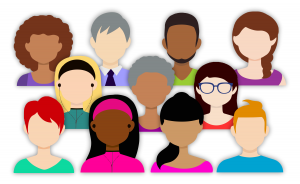 …it’s time to put the device down and start conversing with the first person you see.