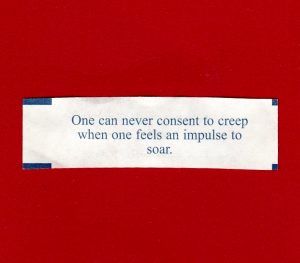 I live near a national wildlife refuge that has a Bald Eagle nest. The young have hatched and now ready to fledge. The eaglets are raring to go, hopping around the nest and flapping their wings to strengthen their flight muscles. The urge to fly is instinctive but the young also learn by following their parent’s example. The ambition to leave the nest and fly is not very different from a person’s ambition to succeed. 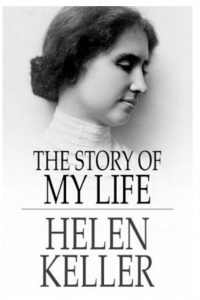 Keller was stricken with an illness that left her blind and deaf at the age of nineteen months. Being unable to hear and see made it difficult for her to communicate and learn. That was until she received help from Annie Sullivan and Sarah Fuller. Sullivan taught her to use sign language and make the connection between hand signs and objects. This opened a new door for her. Keller desired to learn more.

She furthered her education under Sarah Fuller in speech classes at the Horace Mann School for the Deaf in Boston. She toiled for 25 years to learn to speak so that others could understand her. Her ambition led to her success. She attended college, mastered several methods of communication, including finger-spelling, touch-lip reading, speech, Braille, and typing.

Keller later wrote in The Story of My Life, “I can remember the time before I learned to speak, and how I used to struggle to express my thoughts by means of the manual alphabet—how my thoughts used to beat against my finger tips like little birds striving to gain their freedom, until one day Miss Fuller opened wide the prison-door and let them escape…One can never consent to creep when one feels an impulse to soar…there were so many difficulties in the way, so many discouragements; but I kept on trying, knowing that patience and perseverance would win in the end.”

Ambition can help us rise to the top of the class, get a new job, or free us from a dark silent prison. It can lead us to great success, both benevolent and cruel. But where does our ambition come from?

The Source of Ambition

Studies of identical twins separated at birth have shown that there is a definite genetic component to ambition. Some people are born more ambitious than others but that is only part of the equation. Even if we weren’t born very ambitious, we can learn to be.

The type of family we have and the culture we live in are big influences on our level of ambition. If we are raised in an upper middle-class family, we are more likely to be ambitious. People in this economic class feel safe but not so safe that hard times wouldn’t hurt them. There is a drive to improve their position. Anthropologist Edward Lowe said, “It’s called ‘status anxiety’ and whether you’re born to be concerned about it or not, you do develop it.” 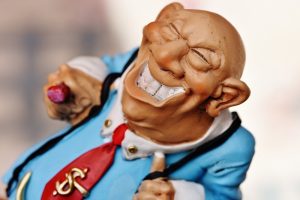 Some cultures see ambition, or at least the way we display it, as bad. While openly ambitious workers in the U.S. are considered go-getters, they are seen as selfish in some Eastern cultures, like Japan. The Japanese have a famous proverb, “the nail that sticks out, gets hammered down.” If someone is too outwardly ambitious, their colleagues won’t work with them.

Even though genetics and cultures can contribute to ambition, there one factor that seems to show up in almost all ambitious people—high self-esteem. Nassir Ghaemi, a professor of psychology and pharmacology at Boston’s Tufts Medical Center found that people with high self-esteem are more ambitious than people who have low-self esteem. “The more self-esteem you have, the more ambitious you are because you think you can do things. Whether or not you have the specific talents to achieve those things matters less than your idea that you believe you can achieve them,” Ghaemi said.

“The more self-esteem you have, the more ambitious you are because you think you can do things. Whether or not you have the specific talents to achieve those things matters less than your idea that you believe you can achieve them.”Nassir Ghaemi, Professor of Psychology and Pharmacology, Tufts Medical Center

According to John Kammeyer-Mueller, an associate professor at the University of Minnesota’s Carlson School of Management, personality is another significant factor in ambition. Extroverted and conscientious people are more likely to be ambitious. These types of people like the external approval of acknowledgment and it contributes to their drive to succeed.

If you channel it properly, ambition can bring great results. Even the non-ambitious person can improve their outcome with a few techniques. The key is to harness your ambition and focus it on success instead of competition. We also don’t want our ambition to overrule our own health.

Here are some techniques to improve your ambition:

Whether we’re born with it or not, ambition can move us closer to our goals. Like the eagle, we see others succeed and want the same for ourselves. We can strengthen our abilities and set our sights on success. Once we know what we want and take that first leap, we can soar to new heights on the wings of ambition.