We’ve all been there. We’re walking along and a crumpled piece of paper tumbles past us in the wind. Oh, you didn’t drop it and you have no idea where it came from, but there it goes. Do you pick it up and disposed of it properly or do you let it continue on its rolly-polly journey out of your life?

I’ll be honest since it is the best policy. When this scenario happens to me, I dispose of the item approximately 80-85% of the time. If I have to run and chase down the paper, especially into busy traffic, I’ll let it ride the wind. Does that make me a bad person? Yes and no.

I want to help the environment and be a good steward, but I also know that expending vast amounts of energy, or risking my life, is a bit much for one small piece of paper. There will always be another opportunity for me to do the right thing. I follow certain moral principles in life and over time I have developed integrity. 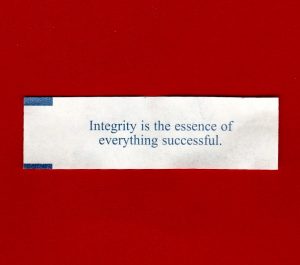 Integrity is an important quality in being a good person. It’s the quality of being honest and having strong moral principles, especially when no one is watching us. We develop integrity over time, starting as a child. We usually learn it from our parents and other adults involved in our upbringing. But can integrity make you successful?

Let’s try another scenario. If I gave you a cookie and then gave you the option to eat it right now or wait fifteen minutes and receive a second cookie as a reward, would you wait or would you eat the first cookie right away? Ooh, this is a tough one! Decisions, decisions.

This very experiment was first performed back in the early 1960s at Stanford University’s Bing Nursery School, by psychologist Walter Mischel. The purpose of this study was to understand when the control of delayed gratification develops in children. This control is the ability to wait to obtain something that one wants.

Young children were sat a table, in a plain, distraction free room, with their choice of treat (mini marshmallow, cookie, or pretzel stick). They could eat the treat right away or they could wait for a certain amount of time, without giving into temptation and then they could get a second treat as a reward. 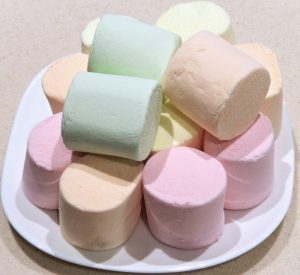 Some of the children ate the treat right away. Some tried to wait but ate it before the time elapsed. A small portion held out and received the additional reward. The children that waited are some strong-willed kids, in my opinion. Yeah, I know; it’s just a little treat, but there is more to this study than meets the marshmallow—I mean eye.

Years later, Mischel and his colleagues performed some follow-up studies with the same children. They unexpectedly found that the children who waited for the second treat generally fared better in life. The “high delayers” did better than “instant gratifiers”. I like to think of them as “waiters” and “aters”.

After 10 years, researchers discovered that parents of “waiters” reported that their children were more competent than “aters”. The parents noted this without ever knowing whether their child had given into treat temptation. In a second follow-up study, they found a direct correlation between the “high delayers” and higher SAT scores.

Is the control of delayed gratification connected to integrity? Did the children that waited grow up in a more moral environment than those that ate right away? According to Mischel, he was concerned that the children from the original test group were too similar and from an “elitist subset of the human race.” He performed the same experiment with children from the South Bronx—children living with high stress and poverty—and saw similar results.

When we think about successful people in the world, most, if not all, have integrity. They follow certain principles that enable them to succeed. Delaying self-gratification is one of them. Successful people work hard now and reap the rewards later.

As I said before, integrity is learned. I learned from my parents that a hard day’s work will reward you later. We always had a garden and as a kid, I helped maintain it. We tilled the ground, planted the seeds, watered the soil, waited, weeded, waited, plants grew, watered, weeded, and finally, they were ready for harvest. It was always the best tasting corn, peas, strawberries, etc. 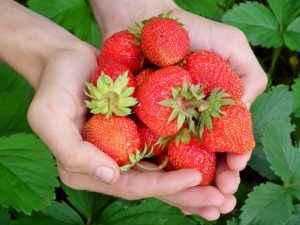 Once I left home, I wasn’t done learning about integrity. When I was in college, I followed the Aggie Code of Honor, which stated: An Aggie does not lie, cheat or steal or tolerate those who do. This code is just another example of integrity. It’s been many years since I graduated from college, but I still hold true to this integrity. Those qualities, and what I learned as a child, made me a better person and made me more successful.

As much as parents and teachers can tell us about integrity, the best way to learn it is to practice it. We’ve been told to treat others as we would like to be treated. We know honesty is the best policy. We are encouraged to admit to our mistakes and take responsibility. Well, if we haven’t practiced these principles, we better start now. As soon as we do, we will be better people and we will be successful—starting with ourselves.