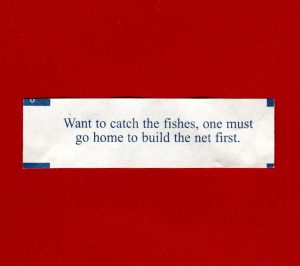 Do you find yourself lazily gazing out a window when you should be hard at work? Do thoughts of sunny skies and cool breezes blow through your mind and take you to far away lands? If so, you’re daydreaming.
You may have heard the quote, “Stop dreaming, start doing.” It basically means the same thing as our fortune for today, don’t waste time dreaming about it, do something about it. This phrase can be a great motivator but should we stop dreaming?

Daydreaming is a normal process. Studies have shown that as many as 96% of adults engage in daydreaming at least once a day. I find myself daydreaming constantly, especially when performing mundane tasks, like cleaning the dishes.

Neuroscientists first discovered the neural basis for daydreaming while studying the brain’s activation during tasks involving memory and attention. The researchers noticed that while the participants were in between experimental tasks, parts of their brains became more active. These same parts turned off as soon as the participants returned to the tasks of the experiment. The active area was a web of brain regions called the “default network.” Containing parts of the frontal cortex, the limbic system, and some cortical areas involved in sensory experiences, this network controls our daydreams. 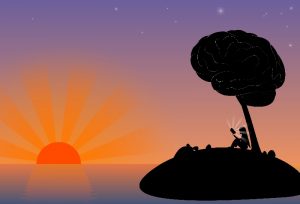 Daydreaming has long been discouraged and thought of as unproductive. There is some truth in that. Drifting off to an imaginary world while your teacher drones on about sines and cosines can certainly be detrimental to your grade. It has been shown that daydreaming can negatively impact your memory. According to Peter Delaney, a psychologist at the University of North Carolina, Greensboro, daydreaming makes you forget what you were doing.

When asked to daydream about the past, test subjects tended to forget what they were doing before the daydream started. Certain kinds of daydreams also affect how much you forget. When working on a task, daydreaming about a childhood home as opposed to the previous day made test subjects forget more. The further back in time the daydream reaches, the bigger the forgetting effect.

Although daydreaming can make you forget what you are doing at that moment, it’s not all bad. A wandering mind can strengthen your memory in the long run by giving it a little workout.

Researchers from the University of Wisconsin and the Max Planck Institute for Human Cognitive and Brain Science found that daydreaming correlated with higher degrees of working memory, the brain’s ability to retain and recall information in the face of distractions.

When your mind wanders, your brain is strengthening your mental work space by having multiple simultaneous thoughts—the more mental workspace you have, the better you are at mentally juggling more than one task. So feel free to get a few dreamy reps in when you’re doing something simple, like brushing your teeth. 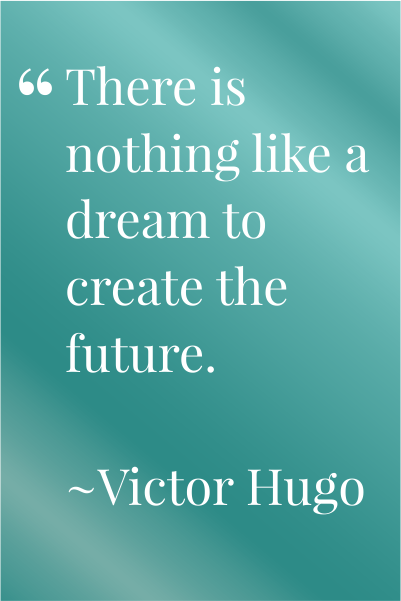 Daydreaming has other good qualities as well. That active phase of the network helps us explore our inner experiences. Daydreaming can be an essential cognitive tool. We can think about events in our past. Those experiences can guide us in the present. We can imagine a possible future event which can aid us in formulating plans. Author Victor Hugo said, “There is nothing like a dream to create the future.”

Daydreaming gives us time to wonder what other people are thinking. This will help us be more empathetic and even help us make moral decisions. Daydreams can also aid in creativity.

A study from UCSB showed that people who are more prone to daydream are skilled in being able to generate new ideas creatively. It appears that focusing hard on a problem might not be the best way to solve it—stepping back and daydreaming can help the mind figure it out.

If it wasn’t for daydreaming I wouldn’t have many of the stories I write. The creativity from daydreaming can not only help writers, artists, and musicians but also engineers and lawyers. When you have to think outside the box, daydreaming might be that key that opens it up.

Sometimes you just want to get away. There’s nothing wrong with taking a break from the now and zipping off to la la land for a quick trip—but pay attention to the content of the daydreams and try to make them satisfying.

If you want to catch some fish, you will need a net. Those fish aren’t going to jump into your lap. If you want to succeed in life you will need to work to make that happen. So go and do but don’t stop dreaming. Your daydreams can make your reality better than you ever imagined.