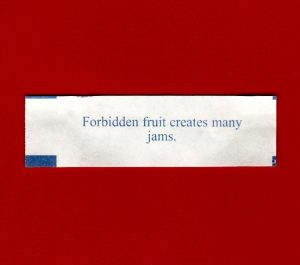 What do you think about when someone says, “forbidden fruit”? Do you envision a ripe, red apple? The forbidden fruit is depicted as such in books and movies, but ironically, it doesn’t say what it is in the Bible.

[themify_quote]but God did say, ‘You must not eat fruit from the tree that is in the middle of the garden, and you must not touch it, or you will die.’ – Genesis 3:3 (NIV)[/themify_quote]

Over the millennium, people have suggested various other fruits to be the evil temptation of Eve and Adam. Pomegranates, figs, grapes, quince, and even nuts were all likely candidates. Pomegranate is one of the earliest fruits to be domesticated, and you can use grapes to make wine—very tempting. In Genesis 3:6 (NIV) it says that the fruit was, “pleasing to the eye.” I find figs very tasty, but they aren’t the most appealing things to look at. The tree is nice, but that drooping fruit doesn’t have that visual splendor of a shiny Red Delicious. Of course, apples aren’t that shiny on the tree—that’s only in the grocery store.

I spent some time researching the forbidden fruit and looked for when the apple idea started. I found all sorts of information on how the Latin word for apple (m?lum) and evil (m?lum) are very similar. I also read about the Adam’s apple getting its name from Adam eating the apple and a piece getting stuck in his throat. I couldn’t find any specific information that pointed to how the apple became “the” forbidden fruit. I pondered on all of the fruits and then I realized something—insert face-palm. The important aspect isn’t what kind of fruit it was, but why Adam and Eve were told to avoid it.

God gave them a choice—to love and respect Him, or reject Him and disobey. When it comes to sin, we all have a choice. Unfortunately, Eve chose poorly and so did Adam. So, they are kicked out of Eden, have to endure hard work and the pain of childbirth. They got themselves into a sticky jam by listening to that snake. Perhaps we should refrain from taking advice from animals—sorry Jiminy Cricket. But wait, that’s not where the story ends. It’s only the beginning. God gives us the choice again, even today.

So, how do you choose when faced with sin? Well, you first have to recognize sin for what it is. Sin is defined as an immoral act considered to be a transgression against divine law. God gave us the Ten Commandments to follow, and they can be a good guide. Unfortunately, those commandments have a bunch of, “thou shall nots.” When someone tells you not to do something, the idea is put into your head, and you have a tendency to end up doing it anyway. 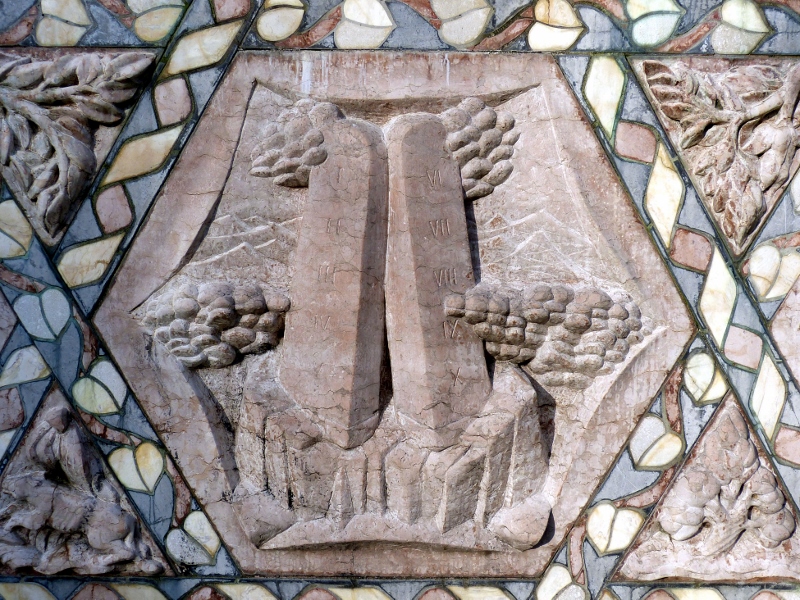 Here’s a little test; don’t think of a banana. Did you think of a banana? Ha, I can control your mind! No, I can’t. Before you can avoid a thought, your brain has to conjure up that thing that you want to avoid. This is why telling us not to do something might not have been the best idea. Did God consider this when he gave Moses the tablets? Who knows? Who are we to judge? Except for the platypus—have you ever seen one? Strange creature, this semi-aquatic egg-laying mammal has venomous ankle spurs and a beaver tail.

OK, back to sin. Let’s just say sin is an immoral act, wrongdoing, or offense. It helps to have guidelines to prevent us from sinning, like the commandments, but let’s put a positive spin on them. Luckily, Jesus did that very thing. He gave us the Beatitudes. Instead of focusing on a list of ten things not to do, He explained that all commandments fit under two positive directions: love God and love your neighbor. It’s also much easier to remember than ten different no-nos.

Now, you don’t have to be religious to have morals. You learn right from wrong at a young age. You may have heard your parents say, “Say, ‘please,’” or, “Share your toys.” You simply follow the Golden Rule, “do unto others as you would have them do unto you” (Matt. 7:12). Yes, this altruistic idea is biblical in origin, but it’s used in many cultures, and just like the Beatitudes, it’s easy to remember.

Is it easy to follow the Golden Rule or the Beatitudes? No, not all of the time. Sin is tempting, and it is fed to us everyday through TV, the Internet, and the people around us. However, if we focus hard on loving others, we can choose the moral path. We can resist sin. Better yet, we can can it all together. As for all the fruit, you can can them too. They make fantastic spreads.