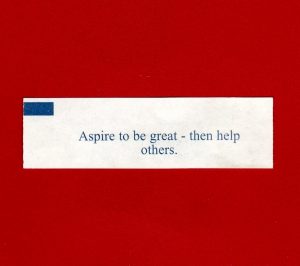 We all aspire to be great in some way, shape, or form, but success doesn’t come easy. It takes hard work, determination, and help from others.

You can’t graduate from school without the instruction from teachers. You can’t become a famous author without people to editor and publish your work. Let’s face it, someone taught you how to tie your shoes before you could take off running. As you reach for your goals, people will give you opportunities. When you benefit from them, make sure you pass that good sentiment along to others coming up behind you.

Kevin Spacey, an award-winning actor, film director, producer, singer and comedian, passed down some knowledge from his mentor, Jack Lemmon. Lemmon coined the phrase, “Send the elevator back down.” Spacey adopted it as his own and is quoted saying, “I feel it’s a responsibility for anyone who breaks through a certain ceiling… to send the elevator back down and give others a helpful lift”—and send it he did. He started The Kevin Spacey Foundation, which “creates initiatives that discover, train, fund and mentor emerging artists in drama, dance, music, and film as well as offering life enhancing theatre-in-education projects.”

This notion of “pay it forward,” goes back a long way.

In Catherine Ryan Hyde’s novel, Pay It Forward (1999), Trevor McKinney, a twelve-year-old boy accepts his teacher’s challenge to earn extra credit by coming up with a plan to change the world. His idea is simple: do a good deed for three people, and instead of asking them to return the favor, ask them to “pay it forward” to three others who need help. The book was later adapted into a film of the same name, staring, none other than, Kevin Spacey as the teacher.

In 1841, Ralph Waldo Emerson wrote in his essay, Compensation, “In the order of nature we cannot render benefits to those from whom we receive them, or only seldom. But the benefit we receive must be rendered again, line for line, deed for deed, cent for cent, to somebody.” Simply put, don’t give back, but pass it on.

The Bible states in Luke 6:38 (NIV), “Give, and it will be given to you. A good measure, pressed down, shaken together and running over, will be poured into your lap. For with the measure you use, it will be measured to you.” This verse isn’t just about giving, but also forgiving, something many of us fail to do.

Even before then, in c. 316 BCE, the Greek playwright, Menander wrote “Dyskolos.” The idea of “pay it forward” was a key plot element in the story. After Sostratos tells his father of his wedding plans to a peasant girl, and the idea to wed her stepbrother to Sostratos’ sister, his father balks at the idea, because of the money involved.

Sostratos argues that wealth imposes upon its owner, a great responsibility to act nobly. He says, “And that’s why, father, I ask you to be generous with it. While you’ve still got, while the goddess allows you to have it, treat it with an open heart. Help as many poor people as you can and make as many of them as you can, rich with it! Because that’s the only thing that survives death. Kindness and generosity and when Fortune turns nasty on you, it is this generosity and this kindness that will come back for you.”

I betcha didn’t know those ancient Greeks had it in them, and this was way before the invention of the elevator. Paying it forward is easy to do. There is even a Pay It Forward Day on April 28, where people all over the world embrace the incredible power of giving.

You can give by donating to a charity, paying for the next person’s food or toll in line, or even dropping your pennies in that “Take a Penny, Leave a Penny” bid at your local convenience store. You can also help others by performing kind acts like bringing their garbage bins, sharing your knowledge with a child, or even sharing and umbrella with a stranger. 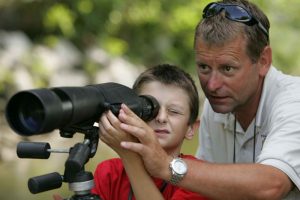 April 28 has passed but you don’t have to wait until next year. Get out there now and spread your prosperity! If you’re on the receiving end, don’t forget to say thank you, then take your turn to pay it forward. It’s been said before about magazines, jams, cameras, and the like, but paying it forward is truly the gift that keeps on giving.