It has been a little over ten years since the movie Robots came out, and today’s fortune reminds me of what the character Bigweld said to inspire people to invent, “See a need, fill a need.” This premise has been around a while; you may even have heard it as, “Necessity is the mother of invention,” and it still rings true. 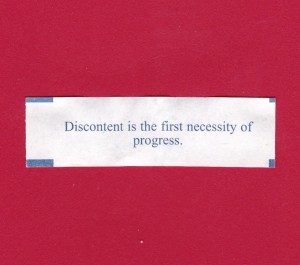 Whenever we are unhappy or in need, we take strides to change or improve things. Think of all the inventions humankind has developed. When we wanted to travel faster and farther than by horse, we created trains, automobiles and planes. When we wanted to communicate faster than pony express, we developed the telegraph and Morse code, telephones, and computers. When we wanted to see smaller objects, we invented the magnify glass, microscope, and microsphere nanoscope, or binoculars and the Hubble Telescope.

Inventions are not the only things created by need, so are movements, like the American Revolution, that gave Americans their independence from Britain. There was the Abolition Movement that led to the outlaw of slavery and the Civil Rights Movement that led to the Civil Rights Act of 1964, the Voting Rights Act of 1965, affirmative action and other legislation created to ensure racial equality. At one point, people were dissatisfied with the way things were and they started the wheels of change moving. 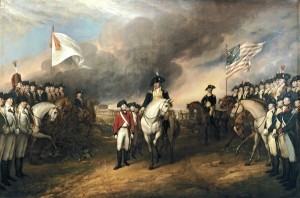 Change may be a scary notion to some but it can be very liberating. With the right skills and principles, change can open a whole new world.